Transferring to the 2021 SAS contracts

SAS doctors can choose to move to the new 2021 SAS contracts. Read what you should consider and the stages of the transition process.

In England, the window to express your interest to transfer to the 2021 contracts closed on 30 September 2021.

In Wales, the closing of the window of opportunity has been extended from 30 September to 30 November 2021.

The recent announcement of a 3% pay rise will impact financially SAS doctors considering to move. Read below the implications of moving to the new contracts for you and the process for expressing your interest.

As part of the contract package recently negotiated by the BMA, and approved by our members, SAS doctors have the opportunity to transfer to the 2021 SAS contracts.

If you are on one of the following contracts, you can decide whether or not to move to the new 2021 contract:

The six-month ‘window of opportunity’ to express your interest in moving to the new contracts closed on 30 September 2021 in England.

In Wales, the window of opportunity has been extended to 30 November 2021 to allow more time for SAS doctors to make the right choice for them. This is pending the outcome of discussions with NHS Wales regarding the impact of the 3% pay award on the SAS doctors transferring to the 2021 contracts. To support SAS doctors make their choice within the extended choice window, we are developing an individual pay modelling tool.

In Northern Ireland, it opened on 18 May and will close on 31 October 2021. If you choose to move to the new contract during that time, it will be back paid to 1 April.

If you are an eligible SAS doctor, your employer should have already written to you asking for your expression of interest.

Due to delays caused by the pandemic, many employers did not write to their staff for some weeks after 1 April. Where this has happened, some have entered into local agreements to extend the window of opportunity.

Transferring after 30 September 2021 in England

The contracts state that where an individual wishes to transfer outside of the window of opportunity they can only do so at the discretion of their employer.

The pay award issue noted below means that many SAS doctors will understandably be reluctant to choose to move to the new contract this year. Despite the benefits the new contracts bring for terms and conditions, and the increase in career earnings that the new specialty doctor contract delivers over time, many will not look favourably on an immediate reduction in pay and will instead choose to remain on their existing contracts.

We have been lobbying NHS Employers and the Department of Health and Social Care to clarify arrangements to allow SAS doctors on the old contracts to transfer at any point in the future, when it becomes financially beneficial for them to do so.

Regrettably, this is not something that we have been able to secure at this stage though we continue to seek a resolution through the JNC (joint negotiating committee) for SAS contracts. In the meantime, the JNC has published a statement encouraging employers to use their discretion to allow SAS doctors to express interest after 30 September 2021.

However, unless a more substantial solution can be found, far fewer SAS doctors will be incentivised to move to the new contract – something that has been a shared aim of the BMA and other parties to the negotiations.

Are there any other options?

The 2021 specialty doctor contract will be the standard national contract for this grade (backdated to 1 April 2021). As such, if you were to take up a role with a new employer, you would effectively be transferring to the new contract.

The possibility of staff leaving for another organisation is likely to be an inconvenience for an employer. As such, if your motivation for leaving is to be appointed to the new contract, your employer may be willing to use their discretion to allow you to transfer to the new contract in the future. This will mean they will not lose an experienced clinician that they will have to invest time and resources in replacing.

It may also be worth highlighting to your employer that this is not a new concept. SAS doctors on the pre-2008 contracts have always been entitled to transfer to the 2008 contract, with no deadlines or restrictions on doing so.

The new contract will mean different things for different doctors, depending on your existing pay and your current working arrangements.

Whether or not you choose to move to the new contracts will be a personal choice and depends entirely on your own priorities.

To help you make your decision, we recommend that you look at the contract as a whole as set out in the framework agreements.

The joint document on pay journeys also outlines what would happen to your basic pay when you transfer and over the three years of transition.

Impact of the pay award

The announcement of a 3% pay award for contracts that are not subject to a pay deal has significantly changed the situation for SAS doctors on the old contracts when considering whether to move to the new contracts.

We have expressed our disappointment about the outcome of the pay award process.

When the 2021 specialty doctor pay scale was being designed, it was intended that no one would see their pay decrease through transferring to the new contract.

However, the 3% increase on the 2008 contract, and it being backdated to April, has meant that, in the first year, a far greater number of individuals will be immediately seeing a reduction in their basic pay by moving to the 2021 contract.

It was already the case that associate specialists on the 2008 contract would see no increase in basic pay from transferring to the 2021 specialist contract. Those at or near the top of the scale would also have seen their basic pay frozen through pay protection, which would have implications for their pension contributions. After the 3% pay award, there is even less reason for existing associate specialists to transfer.

Because the pay protection offered will be based on the salary they would have been earning before the pay award was added, it is very clear that they would be better off remaining on the associate specialist contract in terms of basic pay.

For England, we have set out the issue in greater detail:

We have highlighted the negative impact that the pay award decision will have. We are calling upon the governments, as a minimum, to offer pay protection to those transferring.

This is so that they don’t see their pay reduce in the short term and can continue to receive the other benefits of the contract, such as the safeguards to protect work/life balance, the increased on-call availability supplements, and the additional day of annual leave after seven years in the grade.

Otherwise, the majority of existing SAS doctors will instead choose to remain on the 2008 contracts and receive the benefit of the 3% pay award. Then, seek to transfer in the future when it becomes more financially beneficial for them to do so.

NHS Employers recognise the issue, and we are working with them in each nation to explore options around clarifying individuals’ rights to transfer to the 2021 contract in the future.

If you tell your employer that you want to transfer to the new contracts within the agreed window, you will begin a process of transition as set out in the choice exercise flowchart.

An expression of interest is not legally binding (schedule 20 of the TCs) and it does not mean you are obliged to transfer. What it means is that you agree to enter into the transitional process in good faith and with the expectation of transferring.

Once you express an interest in moving to the new contract, the expectation is that within three months you and your employer will enter into a job planning process, where you will review your current work pattern and jointly agree any changes to it. You and your employer may decide that no changes are needed.

Where either you or your employer suggest changes with which the other does not agree, you can both use the usual job planning mediation and appeals processes before you make a final decision about transferring.

After the job planning meeting, your employer must provide a written statement of the job plan and salary package you would receive under the new contract.

In the majority of cases, we would expect individuals’ pay to increase as a result of transferring to the new contracts.

However, if transferring would result in any reductions to your pay, such as through agreed changes to your job plan, your employer should let you know at this point. This reduction would be effective from 1 April 2021. Where this has resulted in an overpayment between 1 April and the date at which you transfer, any repayment would be recouped through reasonable monthly deductions from your salary at a rate to be agreed with your employer.

If at this point you have been unable to agree to a new job plan with your employer, are unhappy with any changes they are proposing to your working patterns, or are not willing to accept any reduction in pay, you are under no obligation to move to the new contract.

After your employer has made the final offer, you will have 21 days in which to either accept or decline. If you choose to decline, there will be no detriment to you and you will remain on your existing contract, job plan, and pay arrangements.

If you choose to accept, any increases in your pay will be backdated to 1 April 2021 and you will begin working under your new job plan at a date agreed with your employer. 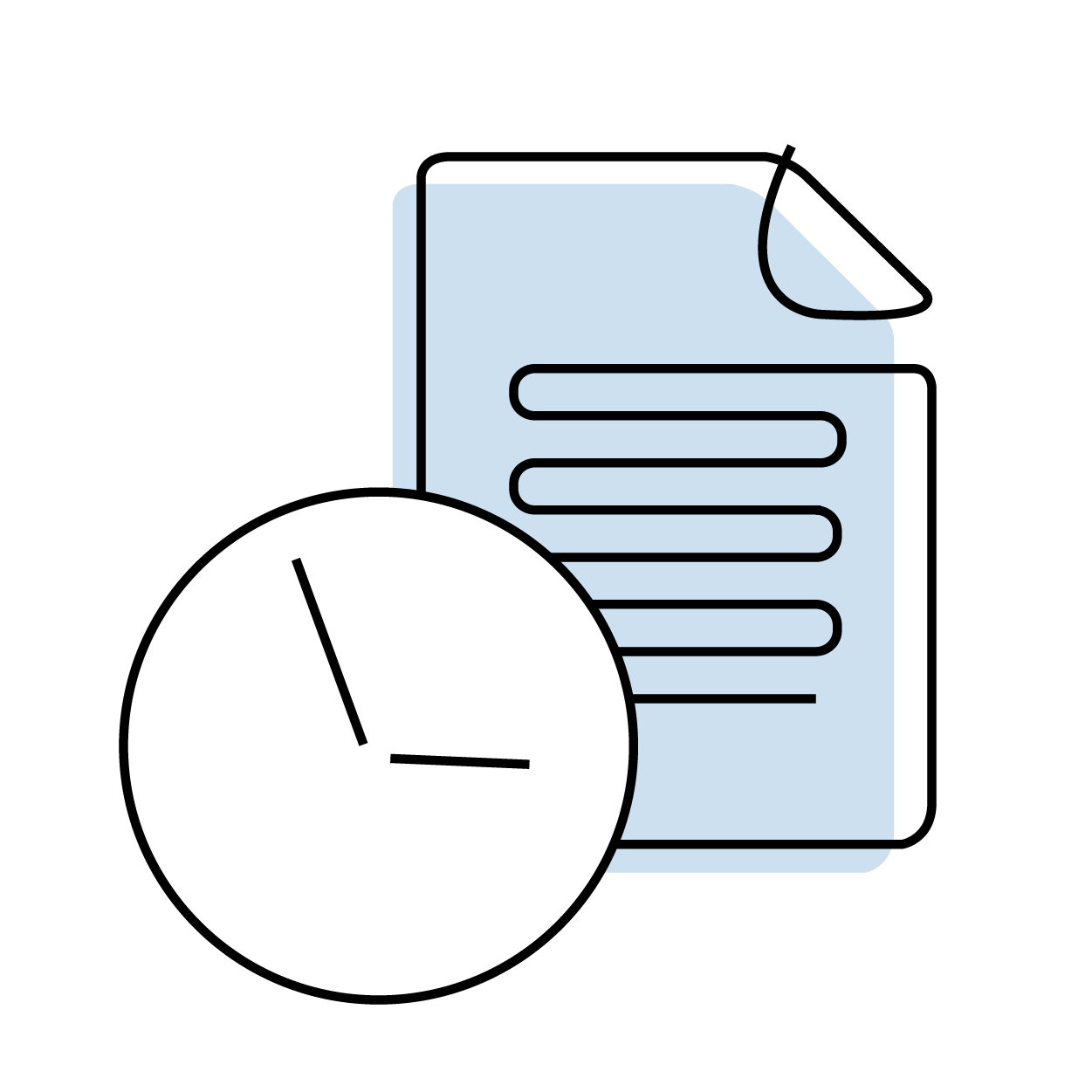 Moving onto the 2021 SAS contract?

Ensure you are recording your work activities correctly on our job planning tool Dr Diary.

Simply confirm your new contract in the employer selection.

Update your contract in Dr Diary
Resources
Copy link Copied
Download / print webpage
You might also be interested in
The 2021 specialist grade explained The new 2021 specialist contract presents new career opportunities for SAS grade doctors. Read our guidance on the roles and responsibilities it involves and how you can make a case for meeting the essential requirements of the grade. 17 September 2021
SAS contract This guidance covers the terms and conditions of the SAS doctors 2008 contracts, for all nations, and of the 2021 specialty doctor and specialist contracts. It also offers the terms and conditions of contracts pre-2008, as well as examples of model contracts. 30 July 2021
Proceed